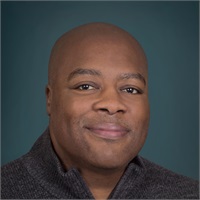 Before joining All Lines in 2019, Ron spent many years in the military and working in security. During his time with the Air Force, Ron lived in Turkey, the Netherlands and Montana. In his spare time, he enjoys spending time with his wife and sports (both playing and watching),  A father of four, he loves playing in Hoopfest with his sons. Fun fact: Ron used to be a gymnast and he can still do a cartwheel - even though he's 6'1.